The role personality plays in what language people listen – and react – to, has been at the heart of advertising for decades. We all react slightly differently to what we see and read. People who score lowly on Agreeableness like to be able to prove they know better than the herd. Introverts don’t want to be seen to be asking people for help. Neurotics tend to be triggered by being scared or anxious about things. Gross simplifications, but a necessary first step in understanding how to build personalised communication that actually resonates.

Advertising, by its nature, is about persuasion. But the ideas behind persuasion techniques can also be used to help people act in their own best interest. Behavioural biases are all the rage these days – almost every form of government has a “nudge” unit different biases seem to be trotted out as explanations for a lot of the world’s ills. Not saving enough? There is a bias for that. Not eating healthy enough? There is a bias for that too.

A/B tests have been developed, “treatments” proposed, and ruthlessly efficient messages about saving water or reducing electricity consumption are created. Some even work for a time, but the longer the studies run, the more reversion to the mean we see. It seems to me that behavioural biases are a symptom of something – not the cause. Treating symptoms has its place but it requires continuous improvements in the treatment methodology to keep them relevant. There is also another complication – what if the average outcome of the A/B test was influenced by factors that are structural, but not necessarily evenly represented in the general population? What if the average symptom we were treating wasn’t the population average at all?

What if, simply through luck, the group we ran our A/B test on had a huge contingent of people who scored high on neuroticism? Our testing would push us more and more towards anxiety and worry type messages and the results would look great. But then we start encountering people who score really lowly on neuroticism. Or even just neutral. This new population sees these well-crafted messages and puts them straight into the trash. It’s the wrong treatment for this new population. Possibly even counterproductive for people who demonstrate the opposite of the personality bias we had unwittingly focussed on.

At OnTrack, we have matched theory to the causes. After some pretty extensive literature surveys and testing, we settled on the theory of personality psychology best characterised by the Big Five Inventory. Then we had to do some data science to try and make sense of the extremely large set of outcomes 5 dimensions of personality provides. Through some quite complicated cluster analysis on thousands of personality test results, we identified 9 different clusters or "personas". Each persona has its own distinct characteristics and drivers, which allows us to craft messages that, while still needing to be optimised through testing, at least are focused around the individual’s instinctive personality biases.

For example, the persona "Individualist" has a defining feature of “Freedom to focus on themselves”. They are characterised by a negative bias towards conscientiousness and a positive bias to neuroticism. Messages to these individuals need to allay their fears and encourage them to follow through on their plans:

“There is no need to worry about what retirement may bring - just plan for it now. While some things seem to happen on their own, having the retirement you want requires you to get organised. Don't get anxious - get focused and follow through.”

OnTrack uses theory and data science to craft messages that are aimed at treating the causes of the behavioural biases we see. This language is woven through the entire digital experience to keep users engaged and encourage them to actually follow through on their plans. This approach isn’t simple, and it isn’t Tinder-like quick. But then again, I have never been able to understand how replacing hours of financial advice with 5 quick questions was ever going to be the right answer to the problem of mass-market retirement advice. Personalising a plan requires more than that. 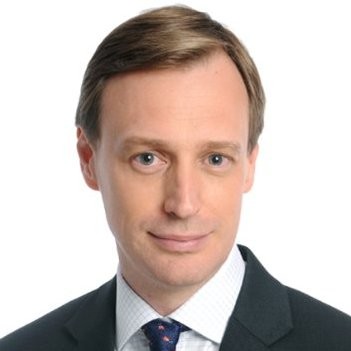 Thinking of taking $10k from Super?

What impact will taking $10k from your super have on your retirement plans? You need a personalised plan to answer that first.

Further to the companion pieces on Robust Portfolio Construction and Expected Return Process, we now delve into the idea of putting the pieces together to customise portfolios that can adapt to personalised requirements.

How Much Will I Spend In Retirement?

ASFA publishes a standard “budget” that retirees can plan their spending around – for singles and couples and for a modest lifestyle and a comfortable one.

Sign up to get the latest research on digital retirement planning. We'll send a maximum of one email per month.

Thank you! Your submission has been received!
Oops! Something went wrong while submitting the form.
ontrack
Are you ready for life's great journey?
HomeFEATURESPricinginsightsContact